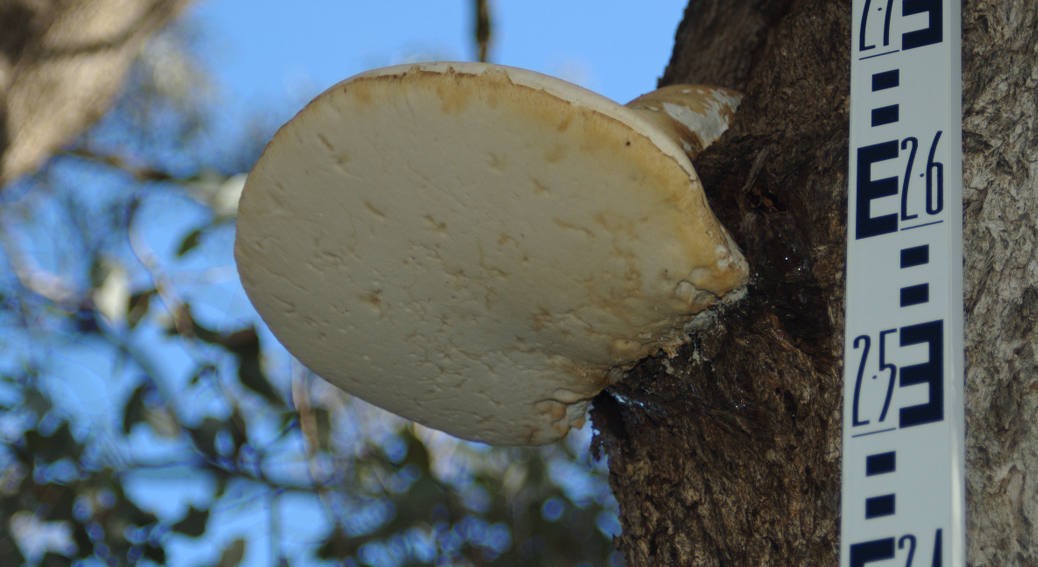 Last June (2010) we noticed this monster growing out of an ironbark eucalypt about 3m off the ground. It’s known as a polypore fungus, Laetiporus portentosus, commonly called White Punk.

Judging from the surveyors staff we used to get a gauge on how far up the tree it was, the fungus would have been about 200mm high, and 200mm wide at the bottom.

It persisted on the tree for the rest of the year, only slowly deteriorating over time.

More information on this fungus and it’s traditional (and not so traditional) uses can be found on Australian Fungi – a Blog.